In “Thug Life to Triumphant Life” Reggie shares his journey out of poverty and a life of crime into a life of success. Expelled from high school, he became more involved with street life and its criminal activities. Through the intervention of his mentors, he was shown a way out through education. This intervention enabled him to graduate from college, as well as earn a master’s degree. He went on to have a prestigious military career. After retiring from the military, he has worked tirelessly with school systems, parents, teachers, social workers, mentors, and incarcerated and troubled youth to help prevent children from making the same mistakes he made. Along the way, he has earned numerous awards for his positive endeavors. Through his work, and this book, he shows there is a path to great success when the right interventions are made available.

The reader is taken on a rollercoaster ride of emotions as you follow his journey out of poverty and a life of crime into a life of success. There appears to be little hope after he’s expelled from high school. He becomes more involved with street life and its criminal activities, leading to incarceration. Through the intervention of his mentors, he reconnects to his love of learning.

Although the early story shows a great deal of hopelessness, the tone changes when his moral compass angels (as he calls them) come into his life. The opportunity to get an education, and the learning environment provided, is the catalyst that changes his course in life. So much hope and inspiration come through as possibilities emerge to continue education beyond high school. The help, and belief in his abilities, create a path to a successful life.

Throughout the book, the reader is challenged to do some soul searching, whether the reader is a parent, educator, mentor, social worker, counselor, probation officer; or anyone working with children. The reader will see the strength and perseverance of single mothers and the hole left by absent fathers. The reader will see how a little patience, belief in the potential good of others, love and understanding, and recognition and support can go a long way to bring hope into a life where there once was none. 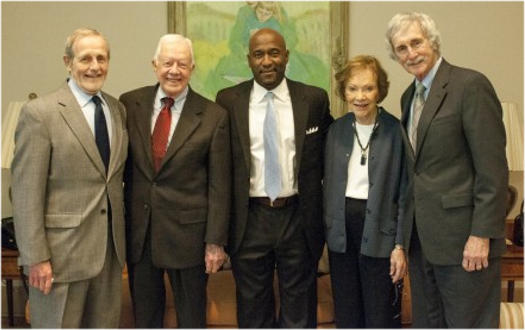 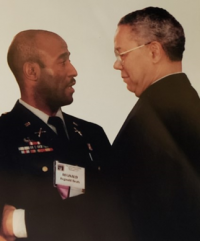 . . . Reggie Beaty, co-author of the Faces of Change series for school leaders, parents, and students on their role in creating a high performing school. He has been recognized nationally for his work with schools and industry in creating high performing culture and climates.
In addition to the books above, Reggie co-created an online curriculum for the workforce and colleges to address 21st-century soft skills (creativity, flexibility, and persistence). The Last Suspension is his latest curriculum that helps young people to change their negative thoughts, habits, and behaviors. The strategies shared equips them with the tools needed for a stable, prosperous, and productive educational experience.
Reggie also travels the country delivering presentations in his non-traditional way through the backdrop of his unique journey from the thug life to the triumphant life, from poverty to prosperity. This unique delivery encompasses edutainment- a way to use a practical message in a way that both educates and entertains.
Reggie is a proud graduate of his beloved Stillman College and completed his graduate work at Middle Tennessee State University.