Our Team and network of organizations bring cutting-edge, interactive programs that address communication, improve cultural barriers and strengthen relationships between adults and youth. FFES team has over 30 years of experience working with youth and adults, and providing services nationally and internationally.

We are innovative leaders who have a unique and rare style of presenting that is appropriate for all ages. Our audiences are energized, captivated, excited and edutained!

Reggie was a “difficult to reach youth” growing up in his hometown of Atlanta, Georgia. Beaty found out early on the critical role that mentors play in a youth’s life. He was expelled from school at 14, ran with gang-oriented crowds, carried weapons and was ultimately incarcerated. Beaty found a mentor in Bobby Garrett, director of West End Academy, a non-traditional school in the Communities In Schools of Georgia system.  As a result of Garrett’s intervention, Beaty graduated from West End Academy, earned a Bachelor’s Degree from Stillman College and a Master’s in Aerospace Education from Middle Tennessee State University.  Next, Beaty built a stellar 20-year career in the United States Army, rising to the rank of Lieutenant Colonel. Along the way, Beaty earned the Leo A. Codd national “Instructor of the Year” for all colleges and universities, presented by President George W Bush, and “Civic Man of the Year” for his work with youth in Oklahoma.  For 10 years Beaty served as Chief Operating Officer with Communities In Schools of Georgia, where he helped to build the non-traditional schools Performance Learning Centers and Georgia’s “Graduation Coaches” initiative. 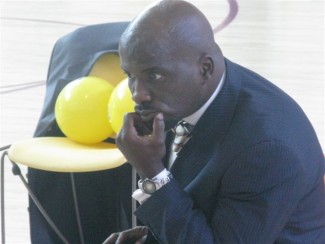 Tony has devoted over 21 years of his life to working with difficult-to-reach youth. He is a proven educator and administrator, having successfully directed alternative schools and social programs that address students in at-risk situations. Owens earned his Bachelor’s degree from Clark Atlanta University. He is recognized for his development and implementation of programs for difficult-to-reach youth, which emphasize improving attitudes, self-esteem, setting goals, expanding comfort zones, and preparing for re-entry into mainstream settings. Owens spent a bulk of his career directing, coordinating, and overseeing schools/programs with Communities In Schools of Atlanta and the state of Georgia. tony@theffes.com